The closed rooftop pool of Regency Palace offers 360-degree views over Amman. The hotel is centrally located close to the business... 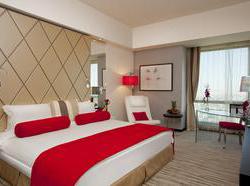 Located in the commercial district of Shmeisani, Grand Millennium Hotel is contemporary designed hotel within a walking distance from... 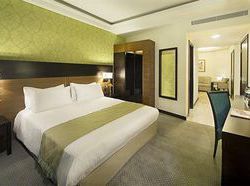 The hotel is located opposite The Royal Cultural Center on Queen Alia St. in Al Shmeisani in the thriving financial and diplomatic... 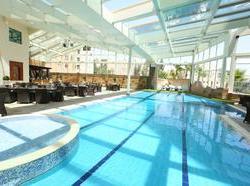 The Bristol Hotel is in central Amman, close to the city’s business and commercial district. This 5-star hotel offers comfortable rooms,... 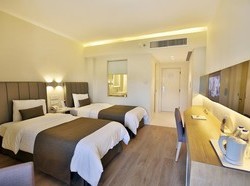 AlQasr Metropole Hotel is located within walking distance to some of the major points of interest in Amman. If you’re wondering about...

Located on the highest hill of Amman, Four Seasons Hotel Amman features luxurious accommodations with panoramic views of the city. It... 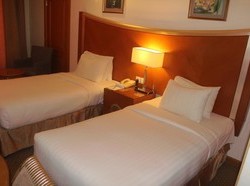 The Belle Vue hotel is located in the heart of the business district of Jabal Amman, 2 km from the Roman Theater. Satellite TV and a...

This hotel is located in Shmeisani, Amman’s central business district. It features a 24-hour gym, a spa and 3 restaurants. The rooms...

Overlooking the "white city" of Amman, the conveniently located Crowne Plaza Amman hotel is an acclaimed destination for business trips... 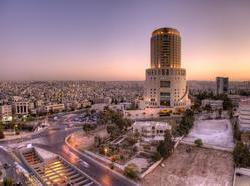 The large rooms are in exceptional condition and are decorated in soft, warm colours. Many have fantastic views across the city.... 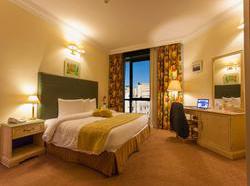 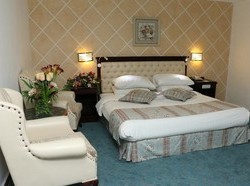 The hotel is centrally located in the heart of Amman an just 20 km away fom Queen Alia international airport. Rooms are neatly decorated... 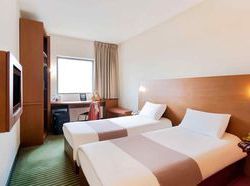 A stay at ibis Amman places you in the heart of Amman, steps from Amman Mall and close to University of Jordan. This hotel is within... 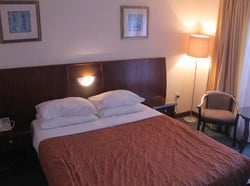 Amman is the economic, industrial and administrative capital of Jordan. Of Roman origin, it’s one of the cities that have been occupied by the largest number of different cultures throughout its history. It’s an important modern metropolis, where the Muslim majority lives alongside the Christian minority.

In Amman, you can visit the most modern part of the city, and not far from there, stroll through the traditional bazaars of the city centre. We invite you to walk along the narrow lanes and various commercial zones to sample the wonderful dishes that have come about as a result of the curious mixture of cultures in this city. For Christians, the area holds great significance, as it’s only a 45-minute drive to the place where it is said that Jesus was baptized in the River Jordan.

Amman offers numerous points of interest for tourists, including the Citadel, along with the Greek acropolis boasting a Roman theatre. The King Abdullah Mosque is a precious temple of great beauty, crowned by a splendid blue dome.

In Amman we will have broken clouds, nice temperatures probable throught the day.

Points of Interest in Amman

It depends on the category of the hotel. If you want to stay at a 4-star hotel in Amman, the average price per night is €33, while you will pay an average of €26 for a 3-star hotel, and in a more luxurious 5-star hotel, you"ll pay around €68.

You can make reservations at Hotel Intercontinental Amman, Le Grand Amman managed by Accor Hotels and Hotel Crowne Plaza Amman if you"re looking for a hotel with valet service for your visit to Amman.

If you're bringing a vehicle, we recommend that you book a hotel with parking in Amman, like Hotel Intercontinental Amman, Le Grand Amman managed by Accor Hotels or Hotel Crowne Plaza Amman.

Hotel Amman Airport is the closest one to Amman-Queen Alia.

The best hotels in Amman for adults only are Hotel Retaj and Hotel Misk.

According to our clients, if you´re travelling with children, the best hotels in Amman are Hotel Crowne Plaza Amman, Le Grand Amman managed by Accor Hotels and Hotel Intercontinental Amman.

If you want to save time, the hotels in Amman with express check-in and check-out are Hotel Intercontinental Amman, Le Grand Amman managed by Accor Hotels and Hotel Crowne Plaza Amman.

Some of the options for hotels with non-smoking rooms in Amman are Hotel Intercontinental Amman, Le Grand Amman managed by Accor Hotels and Hotel Crowne Plaza Amman.