Just 2789 feet from Mané Garrinha Stadium and 1.9 mi from Congress in Brasília, Aracoara features a restaurant that serves a daily buffet...

This hotel features a stunning design, luxurious accommodations and a large pool by the garden. It’s located on the Paranoá Lake shores,...

With a stay at Fusion Hplus Express + in Brasilia (Cultural Complex of the Republic), you'll be minutes from Liberty Mall and Conjunto...

Nobile Suites Monumental is conveniently located in the center of Brasilia, a 15-minute drive from the airport and a 5-minute walk from... 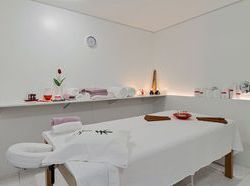 This 4-star hotel features a unique design, luxurious accommodations and a large pool by the garden. It is located on the Paranoá Lake...

The Esplanada Brasilia Hotel is located in the heart of Brasilia, just a few blocks from the Parque da Cidade. The hotel has...

The Kubitschek Plaza is just a 5-minute walk from Esplanada dos Ministérios in Brasília. It offers a swimming pool, spa and free Wi-Fi...

Offering rooms with panoramic city views and featuring an outdoor pool, a sauna and a fitness center, Manhattan Plaza is located in...

Located beside Brasilia Shopping Center, Athos Bulcão offers an outdoor pool and a restaurant. Free Wi-Fi access is available, as well as...

Located in Brasília, a 19-minute walk from Cultural Complex of the Republic, Windsor Plaza Brasília provides accommodations with a...

Near Brasília´s Esplanada dos Ministérios, Metropolitan Hotel Brasília offers accommodations with cable TV, a balcony and a work desk. It...

When you stay at Quality Hotel & Suites Brasilia in Brasilia, you'll be convenient to Jardim Zoologico de Brasilia. This hotel is within... 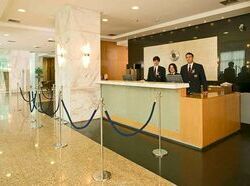 The 4-star Mercure Brasilia Lider offers an outdoor pool, sauna and bar in a privileged location in the Asa Norte district, 1.2 mi from...

Located in central Brasília, this hotel is just 1312 feet from Brasília Shopping Center. It offers an outdoor pool, fitness center and...

Next to the Convention Center of Brasilia, Esplanade of the Ministries and major business centers, in addition to easy access to all... 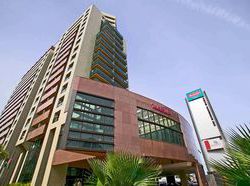 This 5-star Brasilia hotel is located across from Brasilia Shopping Mall and offers free WiFi and rooms with balconies. Guests can enjoy...

Brasilia can make the proud claim to the title capital of Brazil, the enormous country from which it takes its name. One of the youngest cities in the world, it bears the added incentive of carrying the economic and legal weight of its country. Additionally, this city located in the center of the Brazilian plain, can boast of being the only city in the world constructed in the 20th century to be declared by UNESCO as a World Heritage Site.
The reason for the creation of Brasilia was to give an alternative location to the already-crowded cities of Salvador de Bahia, Sao Paulo and Rio, and to create a significant population centered in the countrys interior, with the intent that people would move to a region neglected under colonization. Because of its unique location in a region of forests and wilderness, the climate of Brasilia is tropical, giving a specific character to the city that is absent from all other Brazilian metropolises. Brasilia has warm temperatures throughout the year, but (except during summer) also experiences heavy rainfall.
It is in Brasilia where the countrys main seats of companies and public services are located, imparting to its surroundings a uniquely contemporary feel. In addition, it is a place where architecture and urbanism are emphasized. To view the modernity and the sculpture of its buildings, any visitor to this city should stop by the Cultural Complex of the Republic, the Cathedral of Brasilia dedicated to Our Lady Who Appeared, the National Congress, the Palace of the Plateau, the Palace of the Dawn, the Square of the Three Powers and the JK Bridge. Many other buildings, all of them modern, equip the city with a majestic air that is especially delightful for lovers of great architecture.

In Brasilia we will have heavy intensity rain, a rise in temperature is expected; dress in light clothing.

Points of Interest in Brasilia

Are you reserving a hotel room in Brasilia and have no way to get there? Book your flight now with Destinia!

Hotel ibis Styles Brasilia Aeroporto is the closest one to Brasilia-Presidente Juscelino Kubitschek.

You can make reservations at Hotel Windsor Plaza Brasília, Hotel Golden Tulip Brasilia Alvorada and Hotel Metropolitan Flat if you"re looking for a hotel with valet service for your visit to Brasilia.

If you need a hotel with disabled access in Brasilia, we recommend Hotel Windsor Plaza Brasília, Hotel Manhattan Plaza and Hotel Kubitschek Plaza.

According to our clients, if you´re travelling with children, the best hotels in Brasilia are Grand Mercure Brasília Eixo Monumental, Hotel Golden Tulip Brasilia Alvorada and Hotel Windsor Plaza Brasília.

If you want to save time, the hotels in Brasilia with express check-in and check-out are Hotel Windsor Plaza Brasília, Hotel Kubitschek Plaza and Bonaparte B3 Hotels.

Some of the options for hotels with non-smoking rooms in Brasilia are Hotel Windsor Plaza Brasília, Hotel Golden Tulip Brasilia Alvorada and Hotel Saint Paul Plaza.

If you're bringing a vehicle, we recommend that you book a hotel with parking in Brasilia, like Hotel Windsor Plaza Brasília, Hotel Golden Tulip Brasilia Alvorada or Hotel San Marco.