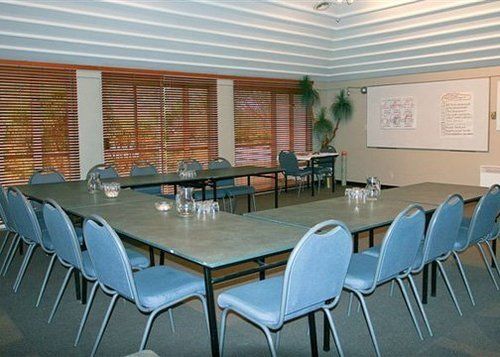 Located in Palmerston North, Econo Lodge The Villas is convenient to Arena Manawatu and New Zealand Rugby Museum. This motel is within close proximity of Te Manawa and City Library. Be sure to enjoy recreational amenities including an indoor pool and a spa tub. Additional amenities include complimentary wireless Internet access, an arcade/game room, and a television in the lobby. Featured amenities include a business center, a computer station, and complimentary newspapers in the lobby. Free self parking is available onsite. Make yourself at home in one of the 35 air-conditioned rooms featuring refrigerators and flat-screen televisions. Complimentary wired and wireless Internet access is available. Conveniences include desks and complimentary weekday newspapers, as well as phones with free local calls.

Other names for The Villas:
The Villas
Econo Lodge The Villas

Hotels near The Villas