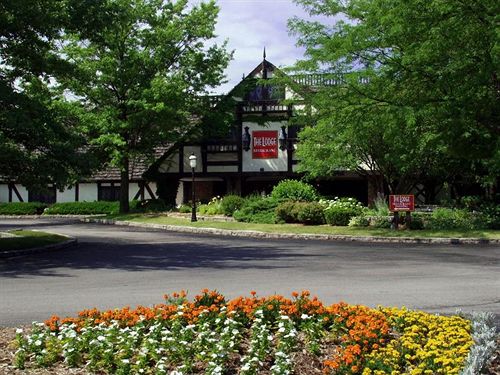 Located in Bettendorf, The Lodge Hotel and Conference Center is in the suburbs and close to Kaplan University Davenport Campus and Genesis Medical Center East. This family-friendly resort is within close proximity of Quad Cities Waterfront Convention Center and Colonel Davenport House. Don’t miss out on the many recreational opportunities, including an indoor pool, a spa tub, and a sauna. Additional features include complimentary wireless Internet access, concierge services, and an arcade/game room. Featured amenities include complimentary high-speed (wired) Internet access, a computer station, and express check-out. Planning an event in Bettendorf? This resort has 5252 square feet (473 square meters) of space consisting of conference space and meeting rooms. A roundtrip airport shuttle is complimentary (available on request). Make yourself at home in one of the 210 air-conditioned guestrooms. Wired and wireless Internet access is complimentary, while video-game consoles and cable programming provide entertainment. Bathrooms have complimentary toiletries and hair dryers. Conveniences include desks and coffee/tea makers, as well as phones with free local calls.

This hotel has no reviews. Would you like to add your own review?