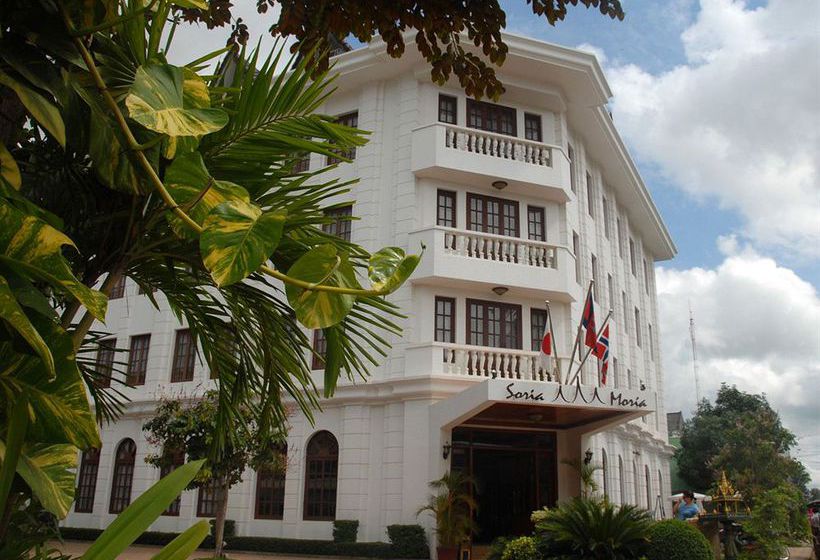 Soria Moria Boutique Hotel is in the heart of Siem Reap, walking distance from Wat Preah Prom Rath and Angkor Trade Center. This hotel is within close proximity of Wat Damnak and Psar Chaa Market. Don’t miss out on the many recreational opportunities, including an outdoor pool, a spa tub, and bicycles to rent. This hotel also features complimentary wireless Internet access, complimentary babysitting/childcare, and gift shops/newsstands. Featured amenities include complimentary newspapers in the lobby, a 24-hour front desk, and multilingual staff. A shuttle from the airport to the hotel is complimentary (available 24 hours). Make yourself at home in one of the 38 individually decorated guestrooms, featuring refrigerators and minibars. Complimentary wireless Internet access keeps you connected, and cable programming is available for your entertainment. Private bathrooms with shower/tub combinations feature deep soaking bathtubs and complimentary toiletries. Conveniences include desks and complimentary weekday newspapers, and housekeeping is provided daily.

Nearby points of interest