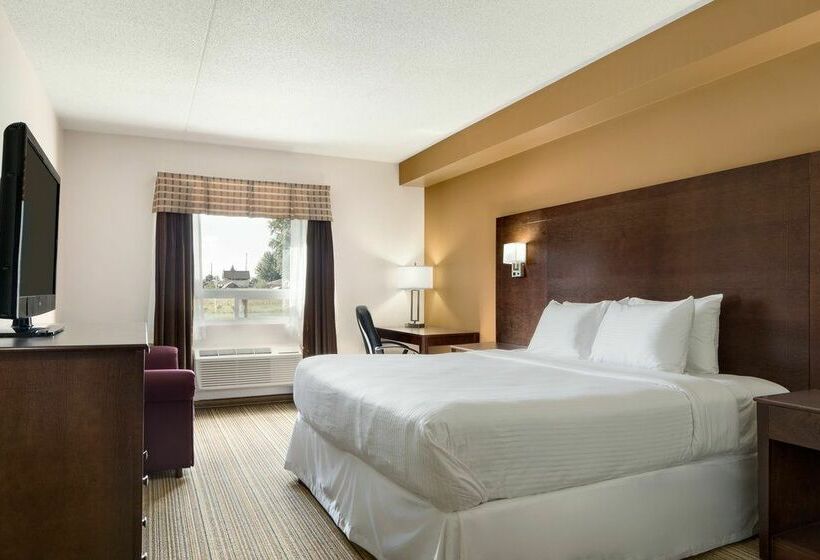 With a stay at Days Inn Leamington, you'll be centrally located in Leamington, convenient to Leamington Arts Centre and Leamington Municipal Marina. This hotel is within the region of Hillman Marsh Conservation Area and Point Pelee National Park. Be sure to enjoy recreational amenities, including an indoor pool, a spa tub, and a sauna. This hotel also features complimentary wireless Internet access, gift shops/newsstands, and tour/ticket assistance. Featured amenities include complimentary high-speed (wired) Internet access, a business center, and express check-in. Free self parking is available onsite. Make yourself at home in one of the 77 air-conditioned rooms featuring refrigerators and microwaves. Complimentary wireless Internet access keeps you connected, and cable programming is available for your entertainment. Private bathrooms with shower/tub combinations feature complimentary toiletries and hair dryers. Conveniences include desks and complimentary newspapers, as well as phones with free local calls.