What is Dash, the cryptocurrency that doesn't leave a trace?

Dash cryptocurrency has been around for a while now. It came out in 2014, during the maelstrom of altcoins: all of the digital currencies that were born to the "papa" Bitcoin and that attempt, through small improvements, to bring something unique to the table.

In the case of Dash cryptocurrency, the distinguishing characteristic that makes it especially appealing is its rapidity. Paying with Dash is most similar to using traditional currency: you take the bills out of your wallet, they"re authenticated, and your purchase is done.

Another strong point of Dash cryptocurrency is its anonymity. Every time someone uses a credit card or makes a bank transfer, not only is money moved, but all kinds of information is circulated regarding the person paying, where the money is going, at what interest, etc.

When you pay with Dash, all of the data generated by your purchase is mixed with that of other transactions made at the same time, virtually eliminating any trace. For example, it would be possible to pay for a flight with Dash without leaving a paper trail. It’s a great option when you want to surprise someone with an anonymous gift.

Dash cryptocurrency has undergone several name changes, which may lead to confusion. It was originally called Xcoin, but its creators didn"t care for that name. They renamed it Dark Coin, but the word "dark" made it sound illegal, which couldn"t be further from the truth. They finally settled on Dash (Digital Cash), and it has become one of the most important digital currencies on the planet. It"s a story well worth reading.

In a nutshell, the primary advantages of making purchases and payments with Dash cryptocurrency are:

How do you pay with Dash? 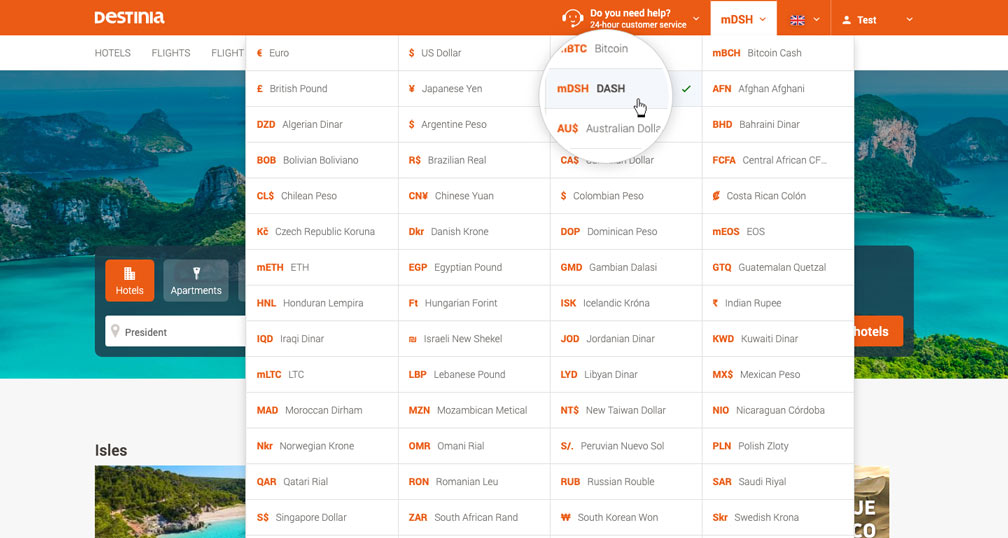 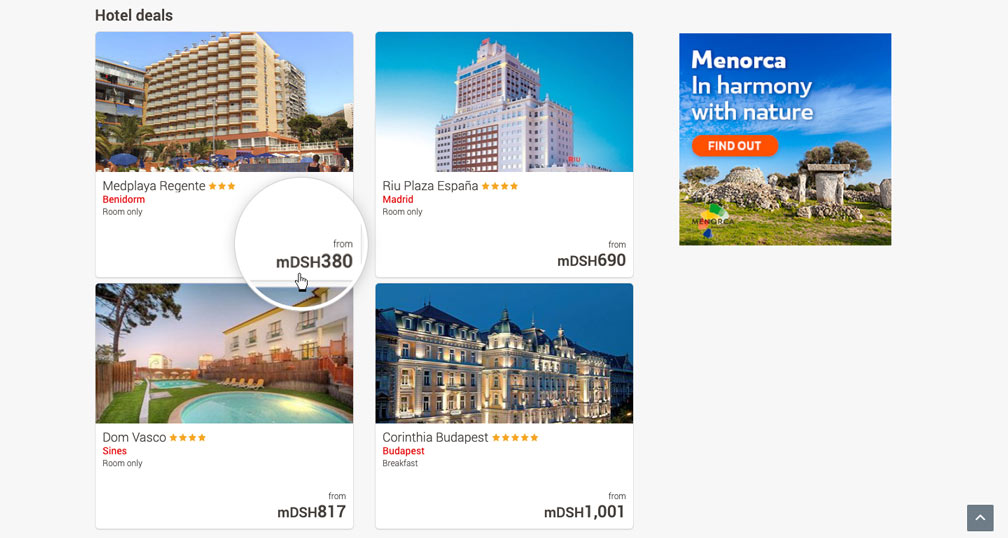 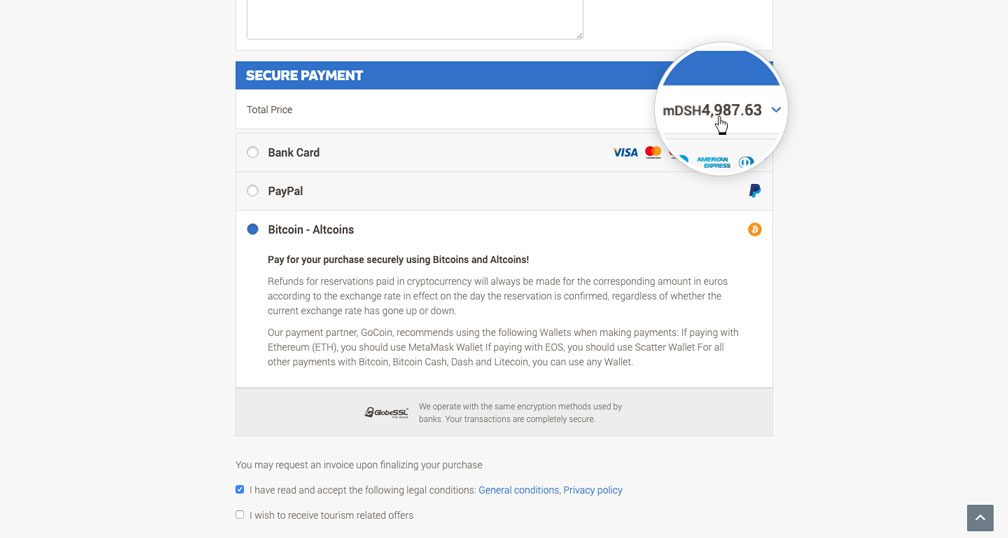 In a nutshell, the primary advantages of making purchases and payments with Dash cryptocurrency are:

Using cryptocurrency to make purchases on the Destinia website has more advantages than you think. One of the biggest ones is that, while the prices of trips rise and fall throughout the year, your money is always worth the same amount. However, you can purchase an altcoin at a certain price and, after a few months, your investment may have increased in value. What do we do with that extra value we obtain? Spend it at companies like Destinia that accept cryptocurrency.

Another advantage is that, if you"re looking to make a quick purchase, this payment method is your best option, as there"s no need for verification processes like using coordinate cards to validate a transaction or deciphering an IBAN to perform a bank transfer.

At Destinia, you can perform transactions using the best cryptocurrencies on the market: